Today’s Home Journal
Welcome to snap, crackle, pop psychology Anais Nin-style. These days, keeping a journal can be cheaper than therapy and safer than sex.   by Carolyn Bateman 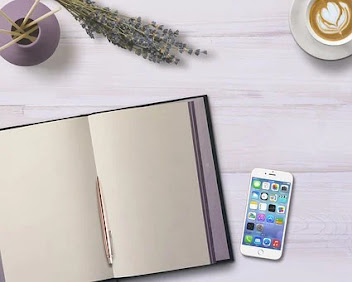 Sometimes as I sit up in bed, my diary on my lap, my husband sleeping beside me, I think about Anais Nin. I think about the 150 volumes of diaries she kept in a bank vault in Brooklyn. I picture her scribbling in cafés, on trains, in the apartments of her famous friends. Or lying in bed in a silk kimono, jotting in her neat, sloped hand as husband or lover slept beside her. Nin once wrote she cared more for lovemaking than for writing, so we can only conclude they slept happy men.
I have no famous friends, no illicit loves. I keep my journals in a filing cabinet. Nin sought to mythologize her life through her diaries; I’m just trying to figure mine out. But the act of writing in my book has become as precious to me as it was to her.
As a child, I had a succession of fat, flimsily locked diaries. The four lines beneath each date were enough to record only the barest of details. “It snowed today. Went to school. Got a B in geography. There wasn’t room to elaborate with any eloquence, and I couldn’t bear to destroy the orderliness of the page by wandering into the next day’s space.
I write in blank books now. Nothing dissuades me from writing 15 or 20 pages if I feel the need. As a fellow scribbler put it, “It’s cheaper than therapy and a lot less fattening than Haagen-Dazs.” When I write, many of the pieces of life’s puzzle fall into place, and I make peace with the ones that don’t. “It was only when I began to keep a diary that my ideas began to take shape and pour forth. To whom could I have confided all the thoughts that filled my mind if not to a diary?” That could have come from one of my journals. It was Nin on May 11, 1915.
Nin lived to see diary writing become a fad on this continent during the 1970s. The Me Decade had embraced pop psychology as avidly as the ’60s had embraced free love, and diaries were a logical route to personal growth and exploration. The preoccupation continues to this day.
Men and women have always had the urge to chronicle their lives in one form or another. Writer Thomas Mallon has made a career of studying people and their diaries, from Joseph Goebbels to Martha Graham to people we’ve never heard of. Samuel Pepys, perhaps history’s most famous diarist, wrote a compulsively detailed account of life during the Restoration. Between 1660 and 1669, he penned nine volumes in a shorthand not deciphered until 1825. The man obviously had no intention of exposing his innermost thoughts to the world.
And neither do I. For me, the journal is a refuge, an opportunity to be as bitchy, as saintly, as boastful, as self-deprecating, as depressed, as joyful as I feel at that moment. “The spiritual journey is the one trip we are all taking together,” writes Christina Baldwin, something of a guru for those newly interested in journal writing. “There comes the urge to write it down and bear witness to our experiences.”
But how do you get started on the story of your life? A reassuring starting point is Baldwin’s book Life’s Companion: Journal Writing as a Spiritual Quest. Although she stresses how individual it is (she lays down only two rules: Date your entries. Do not make any more rules), she is candid about her own experience, inviting readers to use it as a model. Many times I have tried, and failed, to become a committed journal writer. It wasn’t until I read Baldwin’s book that I was able to make it an integral part of my life.
Finding exactly the right book in which to deposit all my angst and observation was vital. I once made the mistake of buying a 200-page ledger, then wondered why I was intimidated. Start with a small book, stitched rather than pasted together so you can open it flat. Many blank books are so heavily glued they snap shut on your hand like a man-eating plant. Use them at your peril.
Vancouver publisher Hartley & Marks produces a range of writer-friendly journals (the linen and marble-paper version is a classic) that are available across Canada in the better bookstores. The Lalo line of journals from France can be found at fine gift stores, including Atkinson’s in Vancouver. These exquisitely crafted books should make even the most desultory jottings seem profound. Much less expensive but still serviceable journals can be purchased at Chinese gift shops.
Now is the time to sully the pristine surface of your tabula rasa. Resist the impulse to simply record, dispassionately, the day’s events. What you are after is analysis, emotion, thoughtful observation—difficult in a world that seeks to numb us with sound-bit stimuli. For those who can think of nothing to say, Baldwin recommends simple exercises. For a start, try loosening up by recording a stream of consciousness. If you feel blocked, she suggests you adjust expectations by setting a limit of five to seven minutes’ writing time. And don’t expect yourself to write every day. Many journal writers I spoke to said they write in spurts, often returning to the diary after a dry spell because they were unhappy or confused.
Aspiring diarists sometimes complain they feel egocentric when writing about themselves. We are egocentric; it’s part of being human. Why not write it down, thus resisting the temptation to bore your friends? If that’s not sufficient motivation, Baldwin has ways to make you talk. Write that letter you always meant to send to an old lover or estranged child in your journal. Record the constant dialogue your mind has with itself. Ask yourself difficult questions; record the answers. Baldwin’s agenda is clear: to lead her reader gently but inexorably through a journey of self-discovery. I’ve read the whole book twice, but spiritually I think I’m still on chapter 5.

Initially, I feared that putting inner life under a microscope would disturb the delicate balance between dreams and self-delusion, between where I wanted to be and where I was. Psychologist James Pennebaker says nothing could be further from the truth. He conducted studies at Ohio State University on journal writers and found that people who wrote “thoughtfully and emotionally” about traumatic experiences had healthier immune systems than those who wrote about superficial topics. Those same people also spoke of a “lighter mood and a more positive outlook.”

Do journal writers secretly crave discovery? If you are writing a diary because you want someone in particular to read it, you are probably writing for the wrong reason. Knowing the words are for an audience of one frees you from the justification that marks so many of our relationships. The journal should be a place of safety and absolute privacy.

And it should be written in just such a place. Until the experience becomes ritual, choose a spot that is special to you, somewhere pleasant, comfortable and isolated. Then, following the advice of a fellow diarist, Franz Kafka, all you must do is wait: "You do not need to leave your room. Remain sitting at your table and listen. Do not even listen, simply wait, be quiet, still and solitary. The world will freely offer itself to you to be unmasked, it has no choice, it will roll in ecstasy at your feet.”
Home
Subscribe to: Posts (Atom)